A day to honour the contribution of fathers to their families is celebrated every 3rd Sunday of June. This is the day when children convey their deepest gratitude for all the years that their fathers supported and stood by them. Though in modern times Father’s Day is celebrated with much zeal and enthusiasm, it wasn’t always the case in the olden times. 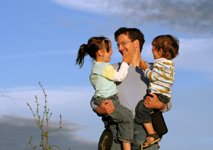 We tend to think the history of fathers day is quite young, but did you know that the first Father’s Day card was made out of clay and handed to a Babylonian father by his son Elmusu thousands of years ago? No one is certain what happened to son and father but it became a custom up to this day and was adopted by many countries around the world.

In Catholic countries this occasion was celebrated every May 19 to tie it with St. Joseph’s Day. But in recent times, celebrating Father’s Day is not tied to religion. It is celebrated by people from all over the world, from different cultures and religions.

When searching for the history of Fathers Day we know and celebrate today we go all the way back to 1909. In Spokane, Washington, while listening to a sermon about Mother’s Day in a church, Sonora Smart Dodd was struck by an idea. The sermon encouraged her to dedicate a day to her father who bravely raised her and siblings single-handedly after the death of their mother.

Sonora fully realized the sacrifices that her father, William Jackson Smart, made for them. She wanted to communicate her gratitude and to let him know how his love and selflessness was deeply appreciated by his children. Sonora first paid tribute to her dad on June 19, 1910 which also coincided with her father’s birthday. It was known in recent history to be the first Father’s Day celebration. Sonora also initiated an act to implore an official Father’s Day observation. But the idea was not as readily accepted as the idea of Mother’s Day.

The history of Fathers Day is not all about the respect and love. The thought of a Father’s Day celebration was scorned and mocked by many people. It gained popularity not by its original purpose but because it became the subject of many jokes, parody, ridicule and satire. 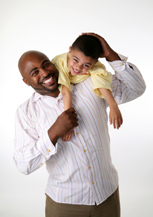 Things, however, picked up in 1913. A bill was passed to make Father’s Day an official holiday. The proposal was sanctioned in 1916 by US President Woodrow Wilson. The support of President Calvin Coolidge in 1926 gave the occasion further boost and momentum and two years after a national committee of Father’s Day was born in New York City. It was President Richard Nixon in 1972 who first instituted the 3rd Sunday of June to be the official date of Father’s Day. The occasion was nationalized to commemorate all the good things fathers have done to their families in the same token as the purpose of celebrating Mother’s Day.

One theory about the history of Fathers Day surfaced that there was another person who initiated Father’s Day before Sonora Smart Dodd. A doctor from West Virginia named Robert Webb was said to have first introduced a Father’s Day celebration in 1908. But it was the immense determination and work of Sonora Smart Dodd that made Father’s Day achieve a national and international recognition. The official flower of the occasion is the white and red rose. The white rose honours fathers who already passed away and red rose honours fathers who are still living.

A lot of countries observe Father’s Day as a national holiday. People regard this occasion with as much significance as any other official holiday. The worldwide recognition of Father’s Day is celebrated in different ways according to the different countries that celebrate it.

In the US, Father’s Day is declared as an official national holiday held every third Sunday of June.

The English people commemorate Father’s Day the same way as the Americans. Activities and gifts overflow during the occasion and almost everybody celebrate it with the most important men in their lives.

Father’s Day is a new notion embraced by the people of India. Even though they don’t recognize it as a national holiday it is celebrated much like the people in the West where the idea was adopted.

Australia, it is celebrated on a different date but with the same festivities as their American and English counterparts.

The concept of Father’s Day in Finland is celebrated every second Sunday of November. The idea was introduced by the American people and the Finnish celebrate it with a massive similarity with the American version. The flag of Finland is also raised during the celebration and fathers are visited by family members to bond during this special occasion.

In Thailand, the 5th of December is allocated to Father’s Day. This date corresponds with the birth of King Bhumidol Adulyadej. The Thai people regard this king as the Father of the Nation making Father’s Day celebration tainted with historical significance.

Gifts have played a huge part in the history of Fathers Day. Most kids look up to their dads as their heroes. Even though most fathers aren’t always physically expressive of their love and affection as the mothers, their importance is always highlighted during this official holiday specially created for them.

Giving your father a gift is a way
to reciprocate his love and it is always the thought that counts although you would probably look for a gift that he would truly enjoy. Spending a fortune in tight times like this might be a little bit hard to do but you can still surprise your dad with a great gift that need not be expensive. Your gift should be something that fits your father’s personality so you can make sure that he will have a use for it.

Some Father’s Day gift ideas include a blanket where it can symbolize the protection your father has showered over you through the years, a gift basket where you can put assorted products that have been your father’s favourites like wine, foods, and grooming products, bathing essentials which can contain your father’s favourite shampoos, after shaves and colognes, a coffee mug which you can personalized or gift vouchers to use to his heart’s content. You can also give him a memory book where pictures of every Father’s Day celebration are crammed into it along with special mementos.

But gifts could mean little if you will not make your father feel just how truly special and appreciated he is. Spending time together can create special moments - especially if busy schedules prevent you from seeing each other often. In fact – that might be the best gift of all.


I hope you enjoyed the article about the History of Fathers Day. if you wonder where to buy a gift for your father, maybe the links below might give you an idea?